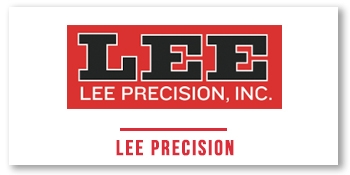 The Lee reloading business began in the home workshop of Richard Lee in 1958 with the invention of the famous Lee Loader for shotgun shells. Lee Loaders, for rifle and pistol ammunition, were invented in the early sixties. These highly effective and economical tools introduced over one and a half million shooters to reloading.

The seventies saw the first lathe turned aluminum bullet molds along with melters and sizers. These make casting bullets easy and more precise than ever before possible. The molds are so precise that most Lee bullets do not require sizing. Toward the mid decade, the enormously popular Lee Load-All for shotgun shells was invented.

The huge following of Lee Loader users enthusiastically upgraded to new Lee presses and dies when they were introduced in the eighties. Many owners of other brands of dies and presses were easily won over because of the innovative features offered only by Lee. During this period, tens of thousands' of reloaders enjoyed the speed and fun of reloading with the Lee Turret Press and the most popular of all progressive presses the Lee Pro 1000.

Initially, every Lee product is distinctly different from products offered by other companies. Soon however, other companies imitate our inventions and offer products almost as good, but at higher prices. Dies, presses, crimpers, powder measures, priming tools, scales, bullet molds, melters, bullet sizers, lubricants, turrets, trimmers and many accessories are all inventions introduced by Lee and copied by others.